The 2009 Carrboro Film Festival was a great success!  Everything went flawlessly. (The AV guy -- I forget his name - was terrific.)  We had a full crowd with big applause and much whooping and hollering for folks' favorite films or directors.

For me the two best films were the first, Fait by Chris Crutchfield and the last, Empty Space, directed by Rob Underhill and Aravind Ragupathi and featuring the wonderful talent Mike Wiley doing bits from his one-man show Dar He: The Lynching of Emmett Till.  Both truly memorable but they were just the tip of the iceberg.

Fait can be seen on Chris' Vimeo page.  The trailer for Empty Space is here.

If you don't believe me (and I have a vested interest as a Film Fest committee member) Mark Maximov of the Independent has an enthusiastic and insightful blog piece on the event. 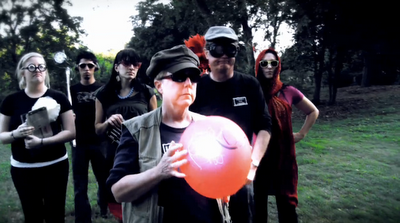 Posted by Chris Beacham at 8:06 AM