Okay this will be somewhat self serving but it is relevant. The next Carrboro/Chapel Hill 2ndFriday Art Walk will be August 14th from 6-9. Jackie has some of the info at the 2ndFriday website and I'm sure more will be added as we get closer to the big day.

Big day you say? For me at least, a last minute Art Walk show at Weaver Street Realty where I'll be showing mostly new pieces. Drop by 116 East Main Street in Carrboro for a glass of wine, friendship and a little art. Oh and go to the other shows too!

The Sea. Acrylics and ink on unprimed canvas mounted on plywood. 33 x 24. 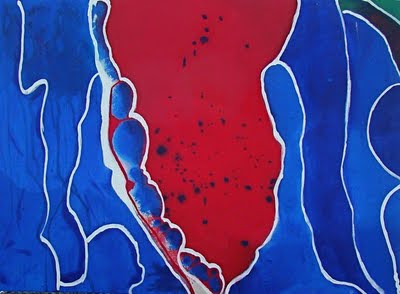 A link to a Carrboro Film Festival video

Check this out and submit your films!

The local fishwrap has two articles this week of interest to the creative community.

The first describes a youth poetry slam group, the Sacrificial Poets, and their trip this week to the 12th annual Brave New Voices International Poetry Slam Festival in Chicago. The young poets talk about what words have meant to them and how they've enriched their lives. They've seen tragedy too young -- one of the founders of the group, Irina Yarmolenko, was brutally and senselessly murdered last year. The group was renamed Sacrificial Poets to honor her but you'll have to read the story to learn why.

At the other end of the age scale is the story of Betsy Harris who goes to local music shows and -- well here's the gist of it:

Revealing only that she's in her "fifties" and graduated from UNC in 1973, Harris is old enough to be the musicians' mother. Instead, she's their friend, recording their art for posterity. Harris is Chapel Hill's superfan, attending two or three shows a night, five to six nights a week. Since retiring in 2003 after 30 years in the human resources department at Chapel Hill Town Hall, Harris has snapped hundreds of thousands of photos, wearing out a dozen cameras.

Go check out her Myspace page where she goes by Temples of Grey. Not only does she have tons of vids and music, but she also has a damn comprehensive list of local shows.

Find her photos here and vids here. Check 'em out.

Keep working on those films!

We had a Carrboro Film Fest committee meeting last night (my first meeting and what a great bunch of folks including neighbors I'd never met) and we're all excited about what will be the best Carrboro Film Festival yet. For you filmmakers out there -- get to work! Early entries pay only $10 but you gotta have it to us by August 28. More info below.

As always, community events of this type need, well, community support. We know that times are tough but any little bit helps. We'll be out beating the bushes for sponsorships and in-kind assistance. The Town gets the ball rolling with their funding but we need broader support. Sponsorships are available at many levels.

YOU can be a part of the 2009 Carrboro Film Festival! The next Carrboro Film Festival will be held on Sunday, November 22, 2009 from 2-7pm. We are now accepting film submissions. The early deadline is August 28, 2009. The late deadline is September 21, 2009. We have reduced submission fees this year and are offering cash prizes! Click here for complete submission information and forms. We can't wait to see YOUR movie!

Posted by Chris Beacham at 8:51 AM 0 comments 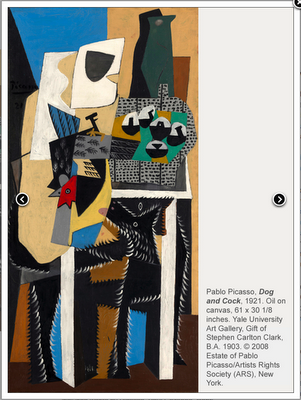 A heads up for an upcoming show at the Duke Nasher Museum. "Picasso and the Allure of Language" opens on August 20th with a gala reception at 7 pm. For more information go the Nasher site.

The Nasher Museum presents a groundbreaking exhibition examining Pablo Picasso's lifelong relationship with writers and the many ways in which language affected his work. Picasso and the Allure of Language comprises some 60 works in all media by Picasso, as well as select examples by fellow artist Georges Braque, and photographs, letters, manuscripts and book projects by a diverse group of artists and writers. Together, these works illuminate Picasso's deep and multidimensional interest in writing and language, and challenge the notion of what have been considered highlights of his lifetime of work.

If you want to attend the opening I'd suggest going to the site and getting a ticket soon. The show runs through January 3, 2010.

Don't forget the upcoming 2Friday Art Walk July 10 from 6-9. As always there will be plenty to see up and down Main and Weaver streets as well as Franklin Street and other locations. I highly recommend the opening at the Century Century, 100 N. Greensboro, of new oils by my friend and former roomie Steve Silverleaf. I think Steve's one of the most talented artists we have in this area and I'm very excited to see the new pieces.

The Artist and the Model - New work by Steven Silverleaf. The show is comprised of oil paintings and drawings in mixed media. The work concerns his ongoing investigation of the seated figure. The show is suitable for all ages.

For much more info please go to the 2ndFriday website.

Steven Silverleaf. The Conversation I. Oil on board, 27x35 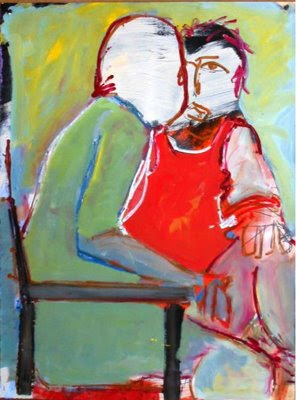