From Nic Berry, co-creator, along with Jackie Helvey, of the Carrboro Film Festval:

Now, about those big changes our festival has made:


The City of Raleigh Arts Commission has partnered with the students and staff of the NC State College of Design Advanced Media Lab to create a mobile media showcase of 12 public artworks in the City’s public art collection. The Q-Art Code project will allow the City to raise the public’s awareness about the impact of public art and its cultural contributions to the City of Raleigh.

It only includes 12 public art pieces but perhaps they'll add more to the map even if they are unable to include videos of the pieces. Still, it's an interesting introduction to Raleigh's public art and some of our best public artists within the state.

Garden Sculpture Invitational, today Sunday May 5 and Saturday May 11

Karen and I rode out to the 19th annual garden exhibit of the Garden Art Gallery west of Chapel Hill at 1902 Borland Rd, Hillsborough, NC. (Note: Arthur Minnis Road is closed so check ahead at the website or follow the signs to find the garden.) It was a beautiful cool day, the garden is wonderful and we saw some really terrific art. Highly recommended!

I'm posting some of Karen and my favorites here but all the 12 artists are very talented and the quality is high across the board. Still I'll say without reservation that William Moore blew me away with a range of pieces. Here's one.

I also was quite taken with Edwin White's work.
Tinka Jordy had a wide range of pieces including a number of totems.
Here's a Susan Moffat piece.
Finally a couple of pieces by that famous artist known as I Didn't Write Down the Info. 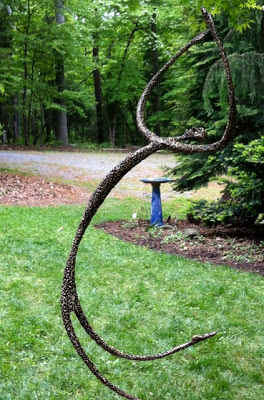 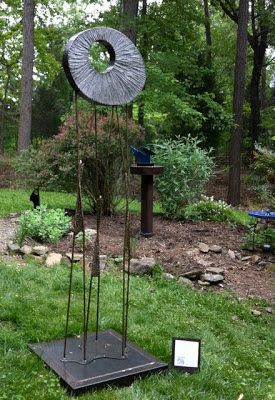 Posted by Chris Beacham at 9:58 AM 0 comments

Maybe my favorite public mural in Chapel Hill-Carrboro was on the side of the Franklin Street building  that houses Andrea Reusing's expanding Lantern Restaurant. You probably know it well:

Not any more as someone painted over the mural with black paint.

The News & Observer had a big article about it, lamenting the loss and noting artist Michael Brown's disappointment. Local officials like my friend Jeff York, public art director for the city, were dismayed. As I am.

But I can't say I approve of the innuendo from the article that Andrea Reusing had something to do with it. Here's the opening line of the article:


The artist is sick about it. The town is upset about it. And the restaurant owner isn’t talking about it.


Later we learn that Andrea hadn't returned calls. Excuse me but she's pretty friggin' busy these days, being a James Beard finalist and running a famous restaurant. Instead of sensationalism, the article should have stated facts without the snide insinuations based on basically nothing.

And if it turns out that Andrea and the restaurant had something to do with it, I'll be pissed, even though it's the owner's legal right. At this point though there is no reason to make unsubstantiated accusations about someone who has a been a valued member of the community and a wonderful chef for the last decade or so.

Triangle Artworks, Arts NC and me

Tomorrow, March 14th I  will be on a panel for a regional arts summit sponsored by Triangle Artworks and the arts advocacy group Arts NC at PlayMakers Repertory 250 Country Club Rd on the UNC campus. (FYI I joined the NC Arts Council in December as Senior Director for the Creative Economies team). Meg McGurk (Downtown Chapel Hill) and Jody McLeod  (Mayor of Clayton) will join me with Beth Yerxa of Triangle Artworks moderating. We'll be discussing and telling stories of how the arts matter to cities and towns in terms of both economic development and community building/placemaking.

We'll start at 4 pm. More info here and below the agenda:

Posted by Chris Beacham at 9:17 AM 0 comments

From the Public Art Review magazine: 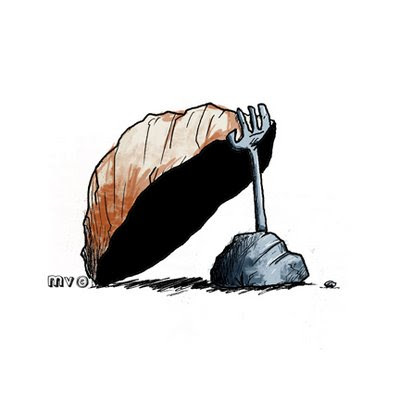 PS. Yes I have been under a rock for, oh, 5-6 months now. I have crawled out and have rejoined the cyberworld. Look for more posts soon both here, my art blog, and also an update of my website

Posted by Chris Beacham at 8:28 AM 0 comments