This post has nothing to do with Carrboro except I live here and only a tenuous relationship to art depending on your perspective.  Instead it has to do with me finding a very good recording of the 4th of 7 Sex Pistols concerts in the US, specifically January 9, 1978 in my home town Baton Rouge, LA.

The band is obnoxious, the crowd is worse and they rock (band and audience)!  So here's a hot and noisy version of EMI which is of course a blatant copy of Jonathan Richman and the Modern Lovers' Roadrunner.  The finale was Liar, the first 30 seconds or so are spent with the crowd arguing with Johnny Rotten (lots of f-bombs -- Joe Biden was in the audience and an odd fellow screaming "Bay City Rollers" over and over) before Rotten screams "Shut up!" and then they rock.  (Right click to save them to your drive.) 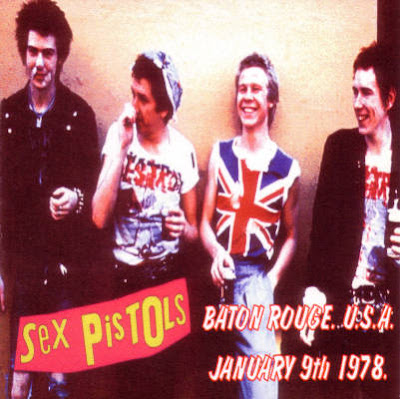 Posted by Chris Beacham at 5:27 PM